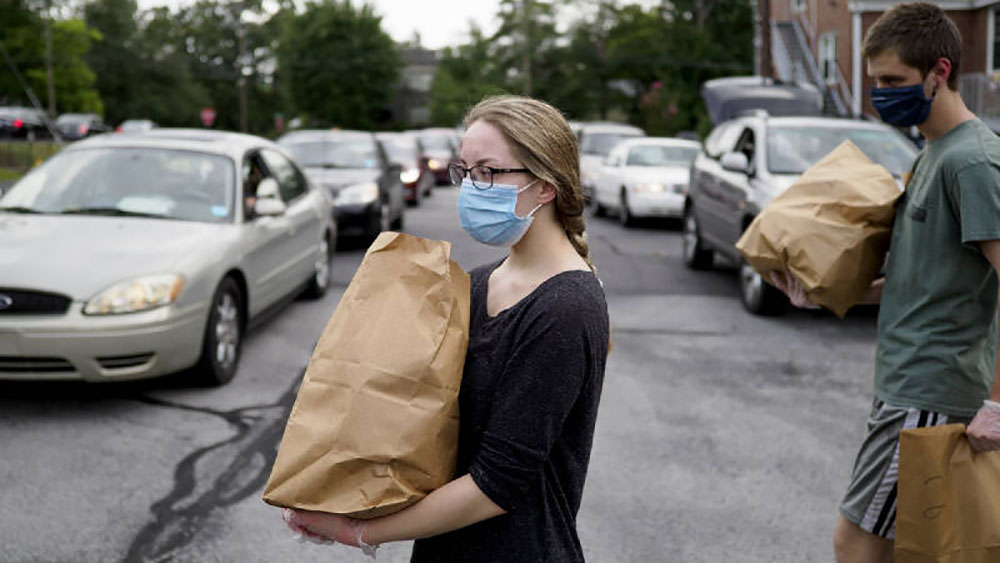 Hunger is growing in the Chattanooga area, with 1 in 5 people — including 1 in 4 children — expected to experience food insecurity in 2020 due to the economic impact of the COVID-19 pandemic, according to projections made by hunger-relief organization Feeding America.

Need is especially strong in Brainerd’s 37411 ZIP code, which was identified as one of the highest-need areas served by the Chattanooga Area Food Bank based on an analysis of 2018 data, said Sophie Moore, the food bank’s director of community outreach and health care partnerships.

That same year the neighborhood lost its sole grocery store, the Food City formerly located at Belvoir Avenue and Brainerd Road, making food even less accessible to area residents. Bess Steverson, then president of the MidTown Chamber Council, convened a group of community leaders to seek ways to improve food access in the neighborhood.

The sole food pantry operating in Brainerd is focused on serving seniors, and the process of obtaining an emergency food box from the food bank can be prohibitively complex for younger people experiencing food insecurity, Moore said.

To receive a food box from the Chattanooga Area Food Bank, people in Hamilton County must first call 211 to be referred by the United Way to one of the food bank’s agency partners, where they can pick up a voucher to redeem at the food bank’s warehouse off of Riverside Drive. This requires transportation to the partner agency and to the food bank during operating hours, which often fall within the working hours of the people in need.

The United Way is issuing electronic vouchers during the pandemic, temporarily eliminating the step of picking up a physical voucher, but transportation to and from the food bank is still an insurmountable obstacle for some. The 100-pound food boxes can be difficult for people to carry and transport on the bus, Moore said.

The group of Brainerd leaders led by Steverson is using the successful Red Bank Community Food Pantry, a collaborative effort among churches and small feeding programs in Red Bank, as a model for what they hope to create.

Established in September 2019, the Red Bank pantry pools financial resources and volunteers from 14 churches and a handful of businesses in Red Bank. It distributes food out of Red Bank United Methodist to anyone in need the first and third Thursday of every month and serves around 800 to 850 people per month, Sauer said.

“It’s bringing a lot of people in the community together to help other people in their community,” he said of the pantry, which purchases its food from the Chattanooga Area Food Bank.

In his experience, Sauer said food pantries run by just one or two people don’t work as well as those that have a board in which each person steps up to take charge of a different aspect of operations. And then there are some volunteers who simply want to be told what to do.

“People have different gifts,” Sauer said. “It’s really a miracle that everything works, but it does.”

Their plan is to create a destination for food distribution in Brainerd that is easily accessible and close to the bus line, Steverson said, though the group has yet to secure a definite location. The group hopes to initially operate the pantry twice a month, potentially more often depending on demand.

“It’s really an incredible thing to see the number of people in need in this community,” Steverson said of the need she’s observed at mobile pantries distributing food in the area. “The need is only growing, so we want to do everything we can to meet that need.”

To get involved or contribute to the Brainerd community food pantry, email Steverson at Bess_Steverson@epbfi.com.